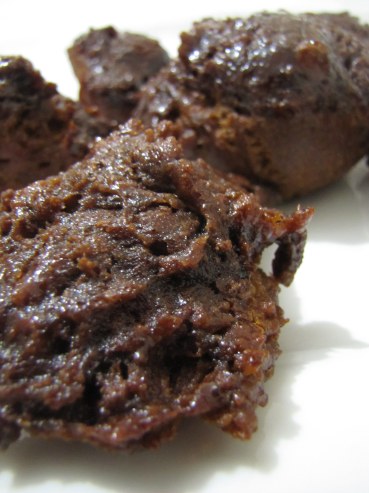 Ok so today’s recipe is a very odd one, and as a disclaimer it certainly has no resemblance (in appearance or taste) to real bombe (a breakfast food similar to donuts found in Rome). But I couldn’t think of anything to call these and since I was attempting to make bombe (a task at which I failed miserably), that’s what I’ve called them. That said, they’re still delicious and are very easy to make, so I suggest you try them, and then leave me a suggestion in the comments section with an idea for a name. Let’s make it interesting: if I get at least five suggestions, I’ll send author of the best one a jar of pesto, homemade by me, for free.

Ingredients (makes about a dozen)